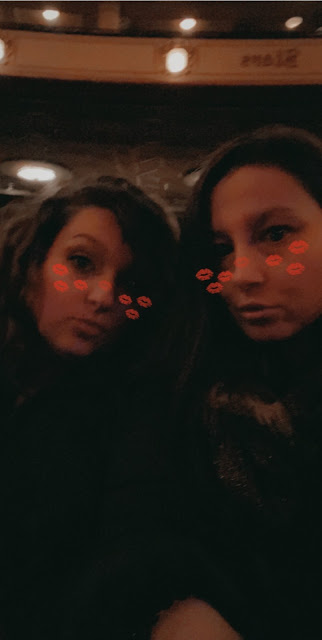 Happy Friday the 13th!  This has been the craziest week ever, not just in the number of events, but as of yesterday, everything is canceled. Let’s backtrack a little first.

FridayJackie and I headed to the Detroit Music Hall to catch the Naked Magician and let me tell you the show is absolutely hilarious, and I highly recommend checking it out. The Naked Magician makes for the perfect girls’ night out. After the show, we walked down the street and grabbed dinner at the Basement Burger Bar – which was delicious. 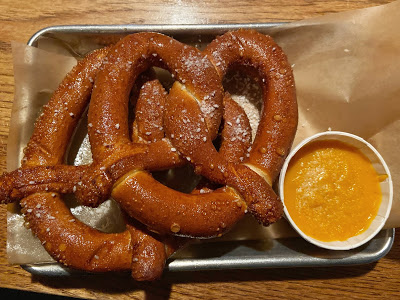 Sunday
Typically Jordan and I go grab food on the weekend so we headed to downtown Detroit to get some vegan food at The Old Shillelagh located in Greektown. We split a bunch of food and it was absolutely delicious. You can check out everything we ate here. We also stopped at For The Love of Sugar to get some dessert before we left Detroit. Jordan got some vegan cakes and of course, I had to try their macarons.

Monday
On Monday, my parents gave me an early birthday gift… a SHINOLA watch! I was so excited!

Tuesday
My dad and I headed to the Fisher Theater located in downtown Detroit to check out the Broadway show Fiddler on the Roof. Back in the day when my dad was in high school, he played the bartender in Fiddler on the Roof so he was super excited to attend the show. I have never seen it before, but someone managed to know all the songs, thanks dad haha. 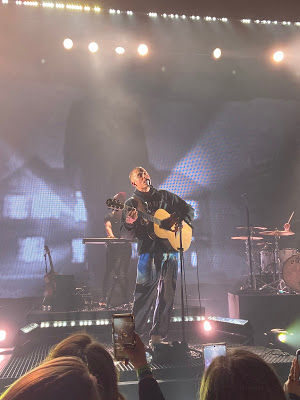 Wednesday
Another trip to Detroit. This time to the Filmore for the Dermot Kennedy concert with Jordan. The show was amazing. If you haven’t heard of Dermot Kennedy before, I highly recommend checking out his music.