Coming to a Theater Near You December 2020 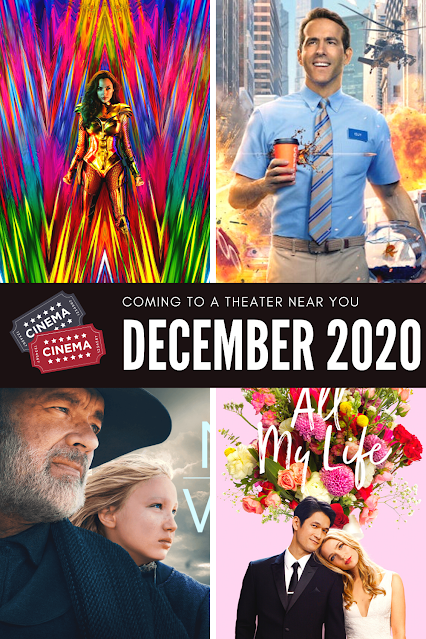 ALL MY LIFE
ALL MY LIFE: Based on the powerful true love story that inspired an entire nation, All My Life follows the journey of an engaged couple who make the difficult decision to accelerate their wedding in the wake of a devastating discovery. Jennifer Carter and Solomon Chau are a sweet, fun-loving, newly engaged couple whose whole life seems ahead of them. But when Sol is diagnosed with terminal liver cancer in December, their plans for a summer wedding become impossible. In a race against time, Jenn and Sol’s friends and family launch an online fundraiser to help the couple create their dream wedding in just two weeks. In the process, they unleash an outpouring of generosity and attention from people around the world who want to celebrate the power of love with them. Through it all, Jenn and Sol’s commitment to each other only deepens, becoming a heartwarming reminder that the strength of true love knows no limits. Starring Jessica Rothe, Harry Shum Jr, Kyle Allen, Chrissie Fit, Jay Pharoah, Marielle Scott and Keala Settle. Directed by Marc Meyers. (UNIVERSAL)
This film is rated PG-13.

HALF BROTHERS
HALF BROTHERS: Renato, a successful Mexican aviation executive, is shocked to discover he has an American half-brother he never knew about, the free-spirited Asher. The two very different half-brothers are forced on a road journey together masterminded by their ailing father, tracing the path their father took as an immigrant from Mexico to the US. Starring Luis Gerardo Méndez, Connor Del Rio and Juan Pablo Espinosa. Directed by Luke Greenfield. (FOCUS FEATURES)
This film is rated PG-13. 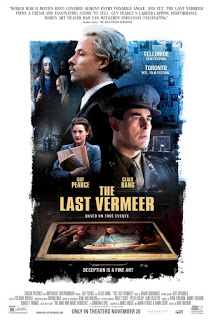 THE LAST VERMEER
THE LAST VERMEER: While Joseph Piller (Bang), a Dutch Jew, was fighting in the Resistance during the Second World War, the witty, debonair aesthete, Han van Meegeren (Pearce) was hosting hedonistic soirées and selling Dutch art treasures to Hermann Goring and other top Nazis. Following the war, Piller becomes an investigator assigned the task of identifying and redistributing stolen art, resulting in the flamboyant van Meegeren being accused of collaboration — a crime punishable by death. But, despite mounting evidence, Piller, with the aid of his assistant (Krieps), becomes increasingly convinced of Han\’s innocence and finds himself in the unlikely position of fighting to save his life. Starring Claes Bang, Guy Pearce, Vicky Krieps, August Diehl. Directed by Dan Friedkin. (SONY PICTURES CLASSIC)
This film is rated R.

NOMADLAND
NOMADLAND: Following the economic collapse of a company town in rural Nevada, Fern (Frances McDormand) packs her van and sets off on the road exploring a life outside of conventional society as a modern-day nomad. The third feature film from director Chloé Zhao, NOMADLAND features real nomads Linda May, Charlene Swankie and Bob Wells as Fern’s mentors and comrades in her exploration through the vast landscape of the American West.
Starring Frances McDormand, David Strathairn, Linda May, and Charlene Swankie. Directed by Chloé Zhao. (SEARCHLIGHT)
This film is not yet rated.

FREE GUY
FREE GUY: A bank teller who discovers he is actually a background player in an open-world video game, decides to become the hero of his own story…one he rewrites himself. Now in a world where there are no limits, he is determined to be the guy who saves his world his way… before it is too late. Starring Ryan Reynolds, Jodie Comer, Lil Rel Howery, Joe Keery, Utkarsh Ambudkar and Taika Waititi. Directed by Shawn Levy. (20TH CENTURY STUDIOS)
This film is not yet rated. 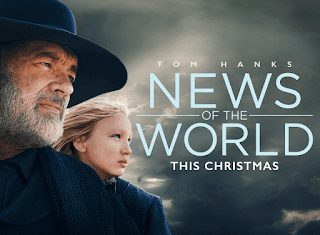 NEWS OF THE WORLD
NEWS OF THE WORLD: Five years after the end of the Civil War, Captain Jefferson Kyle Kidd, a veteran of three wars, now moves from town to town as a non-fiction storyteller, sharing the news of presidents and queens, glorious feuds, devastating catastrophes, and gripping adventures from the far reaches of the globe. In the plains of Texas, he crosses paths with Johanna, a 10-year-old taken in by the Kiowa people six years earlier and raised as one of their own. Johanna, hostile to a world she’s never experienced, is being returned to her biological aunt and uncle against her will. Kidd agrees to deliver the child where the law says she belongs. As they travel hundreds of miles into the unforgiving wilderness, the two will face tremendous challenges of both human and natural forces as they search for a place that either can call home. Starring Tom Hanks & Helena Zengel. Directed by Paul Greengrass.(UNIVERSAL)
This film is rated PG-13. 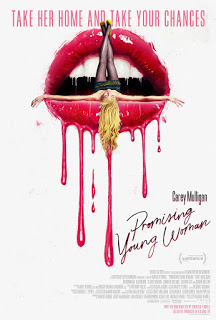 PROMISING YOUNG WOMAN
PROMISING YOUNG WOMAN: From visionary director Emerald Fennell comes a delicious new take on revenge. Everyone said Cassie was a promising young woman… until a mysterious event abruptly derailed her future.  But nothing in Cassie’s life is what it appears to be: she’s wickedly smart, tantalizingly cunning, and she’s living a secret double life by night.  Now, an unexpected encounter is about to give Cassie a chance to right the wrongs of the past in this thrilling and wildly entertaining story. Starring Carey Mulligan, Bo Burnham, Laverne Cox, Alison Brie, Connie Britton, Jennifer Coolidge, Max Greenfield, Christopher Mintz-Plasse, Chris Lowell, Sam Richardson, Molly Shannon and Clancy Brown. Directed by Emerald Fennell. (FOCUS FEATURES)
The film is rated R.

WONDER WOMAN 1984
WONDER WOMAN 1984: An all-new chapter in the Wonder Woman story, “Wonder Woman 1984” finds Diana Prince living quietly among mortals in the era of excess. Though she’s come into her full powers, she maintains a low profile, curating ancient artifacts at the Smithsonian and performing super heroic acts incognito. But now, Diana will have to step directly into the spotlight and muster all her wisdom, strength and courage in order to battle the Cheetah and save mankind from a world of its own making, proving she is a hero for our time, for all time, for everyone. Starring Gal Gadot, Kristen Wiig, Chris Pine, Pedro Pascal. Directed by Patty Jenkins. (WARNER BROS.)
This film is rated PG-13.