What\’s Coming to Disney Plus: November 2020 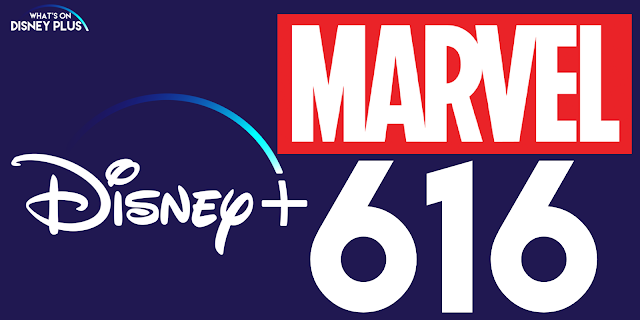 Tempertures are dropping, the holiday season is around the corner and here I am curled up watching Disney+. I recently spilled the beans on what Disney+ was bringing in October, so I thought it was only appropriate to let you know what\’s coming in November.

Wednesday, November 18
The Wonderful World of Mickey Mouse (Disney+ Original Series)
It\’s nothing but fun and excitement for Mickey Mouse and his best friends as they embark on their greatest adventures yet, navigating the pitfalls and curveballs of a wild and crazy world where the magic of Disney makes the impossible possible.

Friday, November 20
Marvel’s 616
Marvel\’s 616 explores Marvel’s rich legacy of pioneering characters, creators and storytelling to reflect the world outside your window. Each documentary, helmed by a unique filmmaker, showcases the intersections of storytelling, pop culture, and fandom within the Marvel Universe. Episodes in this anthology series will cover topics including Marvel’s world-spanning artists, the trailblazing women of Marvel Comics, discovering the “forgotten” characters of Marvel, and much more.

Planes
The world of “Cars” takes flight in “Planes,” Disney\’s high-flying animated comedy featuring Dusty, a crop duster with dreams of competing in the greatest air race ever. Will he find the inspiration and courage to be more than he was built for?

These movies and series join Disney+’s growing library of fan-favorites including recent arrivals like “Mulan” with Premier Access, “The Greatest Showman,” “Phineas and Ferb: Candace Against the Universe,” and “Wolverine.”

With the first anniversary of Disney+ on November 12, the service will kick off its second year with even more original entertainment premiering in late 2020 including, but not limited to: “Black Beauty,” a contemporary film adaptation of the classic story starring Mackenzie Foy, Iain Glen and Claire Forlani and the voice of Kate Winslet, “Inside Pixar,” a never-before-seen look into Pixar Animation Studios’ creative process, “On Pointe,” an original docu-series about students of the School of American Ballet and “The Nutcracker” performance at Lincoln Center, and “WandaVision,” the upcoming original series from Marvel Studios.