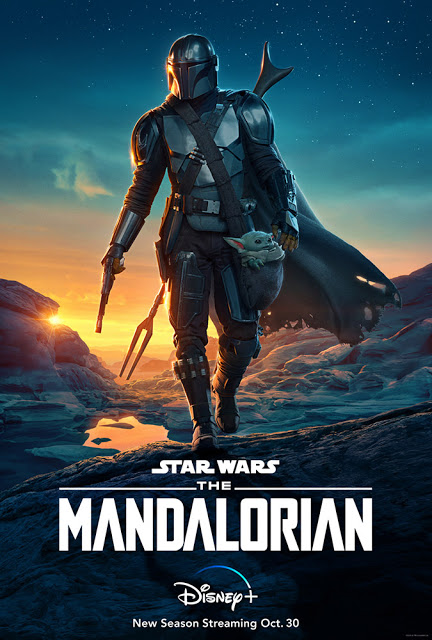 It\’s Fall on Disney+ has begun, which means a new season of original movies, series and blockbuster movies coming to your living room. As the weather chills and leaves behin to change, grab your favorite blanket, some snacks and curl up with Disney+ for \”It\’s Fall on Disney+.\”

Friday, October 9
The Right Stuff (Disney+ Original Series)
The Right Stuff is the incredible story of the early days of the U.S. space program, based on the iconic bestseller by Tom Wolfe. At the height of the Cold War, newly-formed NASA selects seven of the military’s best test pilots to become astronauts. Competing to be the first in space, these men achieve the extraordinary, inspiring the world to turn towards a new horizon of ambition and hope.

X2
After a \”black ops\” specialist abducts Xavier, imprisons his students and steals Cerebro, Night Crawler joins forces with Magneto to rescue their brethren and forestall a holocaust.

The Chronicles of Narnia: The Voyage of the Dawn Treader
Young Lucy, Edmund and their cousin cross through a painting into a magical land where they sail with King Caspian to help Narnian lords banished by an evil usurper of the throne.

Friday, October 16
Clouds (Disney+ Original Film)
Based on an inspiring true story, young musician Zach Sobiech discovers his cancer has spread, leaving him just a few months to live. With limited time, he follows his dream and makes an album, unaware that it will soon be a viral music phenomenon. In the end, music gives Zach’s life new meaning and helps him find the perfect way to say goodbye…with a song that will be heard all around the world.

Meet the Chimps (Disney+ Original Series)
“Meet the Chimps” takes viewers into the secret life of one of the largest and most unique wildlife sanctuaries in the world – Chimp Haven—a 200-acre refuge tucked deep in the forested heart of Louisiana, which is home to more than 300 chimpanzees. Narrated by Emmy Award-winning actress Jane Lynch, this six-part series, from National Geographic, tracks the ups and downs of this extraordinary group of chimps that are given a second chance at life by a staff whose dedication, compassion and commitment knows no bounds. Through a seamless blend of natural history and observational-documentary filmmaking, “Meet the Chimps” puts the chimps – the heart and soul of the series – at front and center. A real-life drama with a full emotional range, the series gives unparalleled access to everything happening at Chimp Haven, including food squabbles, alliances, romances, ‘bromances’, tears, tantrums, high jinxes and heartbreaks.

Friday, October 23
Once Upon a Snowman (Disney+ Original Short)
Once Upon a Snowman is the previously untold origins of Olaf, the summer-loving snowman who melted hearts in the Academy Award®-winning 2013 Disney animated feature “Frozen” and its acclaimed 2019 sequel, are revealed in the all-new Walt Disney Animation Studios animated short, “Once Upon a Snowman.” The film follows Olaf’s first steps as he comes to life and searches for his identity in the mountains outside Arendelle.

The Big Fib (Disney+ Original Series)
Disney+‘s first original game show, “The Big Fib,” is back for another 15 episodes. Hosted by Yvette Nicole Brown and featuring Rhys Darby as her robot sidekick, C.L.I.V.E., each episode puts kid contestants in the hot seat as they question adults to find the real fibber.

Friday, October 30
The Mandalorian Season 2 (Disney+ Original Series)
The Mandalorian and the Child continue their journey, facing enemies and rallying allies as they make their way through a dangerous galaxy in the tumultuous era after the collapse of the Galactic Empire.

What are you most excited to watch on Disney+ this October? I cannot wait to check out Once Upon a Snowman (big Olaf fan).