Coming to Detroit: Roald Dahl’s CHARLIE AND THE CHOCOLATE FACTORY 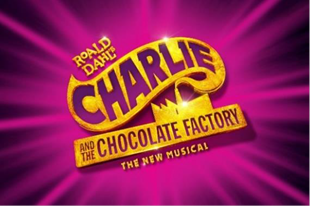 [this is a sponsored post]
You have no idea how excited I am to announce that Detroit has a Golden Ticket! Roald Dahl’s CHARLIE AND THE CHOCOLATE FACTORY is coming to Detroit! This Broadway musical is sure to be extravagant as it will be playing at the Detroit Opera House from February 18 – March 1. Tickets will go on sale Sunday, November 17 – so mark your calendars, because this show is one you do not want to miss!

Tickets start at $29 and can be purchased online at broadwayindetroit.com or ticketmaster.com and by phone at 800-982-2787. Tickets may also be purchased at the Detroit Opera House and Fisher Theatre box offices beginning on Monday, November 18.

Roald Dahl’sCHARLIE AND THE CHOCOLATE FACTORY tells the story of Willy Wonka, world famous inventor of the Everlasting Gobstopper, who has just made an astonishing announcement. His marvelous—and mysterious—factory is opening its gates…to a lucky few. That includes young Charlie Bucket, whose life definitely needs sweetening. He and four other golden ticket winners will embark on a mesmerizing, life-changing journey through Wonka’s world of pure imagination. Get ready for Oompa-Loompas, incredible inventions, the great glass elevator, and more, more, more at this everlasting showstopper!
Roald Dahl’s CHARLIE AND THE CHOCOLATE FACTORYfeatures direction by Matt Lenz, based on the national tour’s original direction by three-time Tony Award® winner Jack O’Brien. Original music by Grammy®, Emmy® and Tony Award® winner Marc Shaiman, lyrics by Grammy® and Tony Award® winners Scott Wittman and Marc Shaiman, a book by Artistic Director of Edinburgh’s Royal Lyceum Theatre David Greig, based on original choreography by Tony Award® nominee and Emmy Award® winner Joshua Bergasse and includes additional songs by Leslie Bricusse and Anthony Newley from the 1971 Warner Bros. motion picture.
Roald Dahl’s CHARLIE AND THE CHOCOLATE FACTORY features original scenic and costume design by five-time Tony Award® nominee Mark Thompson, which has been recreated by Christine Peters; lighting design by four-time Tony Award® nominee Japhy Weideman, sound design by Andrew Keister, projection design by Jeff Sugg, puppet and illusion design by Obie and Drama Desk Award winner Basil Twist, orchestrations by three-time Tony Award® winner Doug Besterman and music supervision by Nicholas Skilbeck.
The hit Broadway musical features songs from the original film, including \”Pure Imagination,\” \”The Candy Man,\” and \”I\’ve Got a Golden Ticket,\” alongside a toe-tapping and ear-tickling new score from the songwriters from Hairspray.
Roald Dahl’s CHARLIE AND THE CHOCOLATE FACTORY is produced by NETworks Presentations.
For more information, visit www.CharlieOnTour.com.
PRODUCTION BIOGRAPHIES
NETworks PRESENTATIONS, LLC (Producer), is an industry leading producer of touring musical theater productions committed to delivering quality entertainment to audiences worldwide. Having produced national and international tours over 20 years, NETworks’ productions include Cameron Mackintosh’s The Phantom of the Opera, Les Misérables, Miss Saigon; The Band’s Visit, A Bronx Tale, Blue Man Group Speechless Tour Fiddler on the Roof, Once On This Island, Nickelodeon’s The SpongeBob Musical, and Waitress.
ABOUT ROALD DAHL AND HIS LEGACY
Roald Dahl (1916-1990) was a spy, ace fighter-pilot, chocolate historian and medical inventor. He was also the author of Charlie and the Chocolate Factory, Matilda, The BFG and many more brilliant stories. He remains the World’s No.1 storyteller.
Sitting in a hut at the bottom of his garden, surrounded by odd bits and pieces such as a suitcase (used as a footrest), his own hipbone (which he’d had replaced) and a heavy ball of metal foil (made from years’ worth of chocolate wrappers), he went on to write some of the world’s best-loved children’s stories. His first children’s story, James and the Giant Peach, was published in 1961, was a hit and every subsequent book became a best-seller.
Today, his stories are available in 58 languages and, by a conservative estimate, he has sold more than 250 million books. Many of these stories have also been adapted for stage and screen, including the 1971 film classic Willy Wonka and the Chocolate Factory, Wes Anderson’s acclaimed Fantastic Mr Fox, the multi-award-winning Matilda The Musical from the RSC with music by Tim Minchin, and Steven Spielberg’s blockbuster The BFG. The latest adaptation is Charlie and the Chocolate Factory the Musical which opened on Broadway in April 2017 following three Golden years on London’s West End.
DETROIT ENGAGEMENT INFO
Performance times for Roald Dahl’s CHARLIE AND THE CHOCOLATE FACTORYappearing February 18 – March 1, 2020 at the Detroit Opera House, located at 1526 Broadway St., in Detroit are:
·         Tuesday – Saturday evening performances at 7:30 p.m.
·         Sunday evening performances at 6:30 p.m.
·         Saturday matinees at 2:00 p.m.
·         Sunday matinees at 1:00 p.m.
·         Special open captioned and audio described performance on Sunday, Feb. 23 at 6:30 p.m.
Tickets for Roald Dahl’s CHARLIE AND THE CHOCOLATE FACTORYstart at $29 (includes facility fee) and will go on sale Sunday, November 17. Tickets can be purchased online at broadwayindetroit.com or ticketmaster.com, and by phone at 800-982-2787. Tickets may also be purchased at the Detroit Opera House and Fisher Theatre box offices starting Monday, November 18. A limited number of premium seats will be available through Ticketmaster and at the Fisher Theatre box office. For group sales (12 or more) please call 313-871-1132 or email groups@broadwayindetroit.com. Tickets for the open captioned and audio described performance may be purchased in person at the Fisher Theatre box office or by phone at 313-872-1000, ext. 0. Performance schedule, prices and cast are subject to change without notice.
Broadway In Detroit uses Ticketmaster as its sole, authorized ticketing agent. Individual tickets purchased from a ticket broker or “third party” ticket reseller involves risk and may not be authentic, sold at box office prices, or with correct performance and venue information. Broadway In Detroit box offices cannot reprint or replace lost or stolen tickets sold through a third party or ticket resel