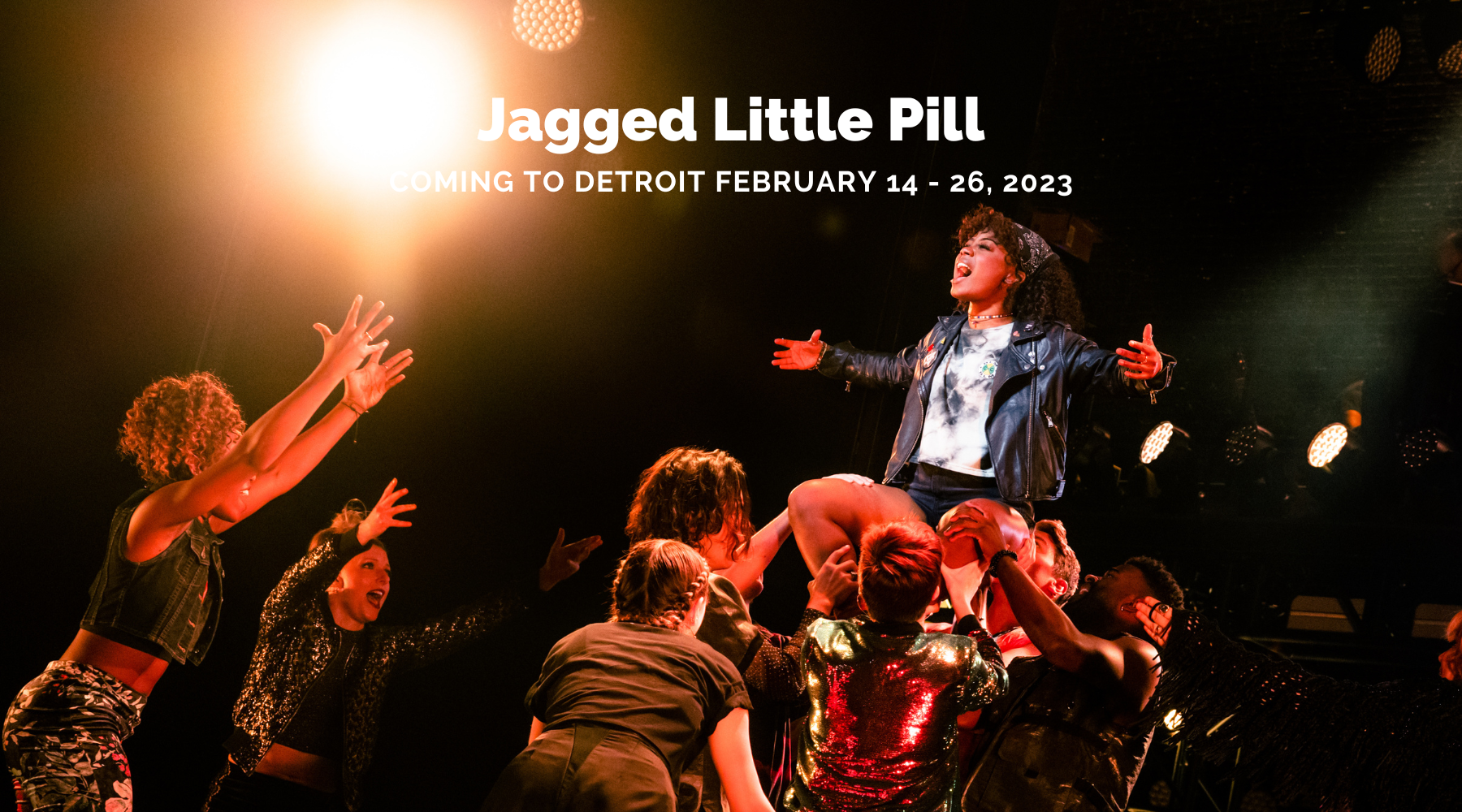 Detroiters, I have exciting news to share with you! The Tony and Grammy award-winning musical Jagged Little Pill will play Detroit’s Fisher Theatre February 14 – 26, 2023. Inspired by the seminal rock album of the same name by seven-time Grammy Award winner Alanis Morissette, this is one Broadway show that has been on my bucket list for a while now.

Broadway In Detroit announced today that individual tickets for the Detroit premiere of JAGGED LITTLE PILL will go on sale Friday, November 18 at 10:00 a.m. Inspired by the seminal rock album of the same name by seven-time Grammy Award winner Alanis Morissette (she/her), tickets to the Tony and Grammy award-winning production will be available online at Ticketmaster.com, BroadwayinDetroit.com, charge by phone (800) 982-2787, and in person at the Fisher Theatre Box Office.

For a complete list of tour stops, please visit: JaggedLittlePill.com.

Directed by Tony Award winner Diane Paulus (she/her; Waitress, Pippin), JAGGED LITTLE PILL is an “electrifying, visceral and stunning” (The Hollywood Reporter) musical with an original story by Tony and Academy Award-winning writer Diablo Cody (she/her; Juno, Tully), about a perfectly imperfect American family that “vaults the audience to its collective feet” (The Guardian). Nominated for a season-record of 15 Tony Awards following its Broadway premiere, The New York Times declared the show “redemptive, rousing and real… JAGGED LITTLE PILL stands alongside the original musicals that have sustained the best hopes of Broadway.”

Ignited by Morissette’s groundbreaking lyrics and music – from beloved hits such as “You Oughta Know,” “Head Over Feet,” “Hand In My Pocket,” and “Ironic”, to brand new songs written for the show – JAGGED LITTLE PILL  features explosive choreography by Tony Award nominee and frequent Beyoncé collaborator Sidi Larbi Cherkaoui (he/him; “Apesh*t”, “Love Drought/Sandcastles” Live at The Grammys), and the raw power of an onstage band under the Musical Supervision, Orchestrations & Arrangements of Grammy, Tony and Pulitzer Prize winner Tom Kitt (he/him; Next to Normal, American Idiot).

JAGGED LITTLE PILL officially opened on Broadway December 5, 2019 at the Broadhurst Theatre after beginning previews on November 3. Prior to Broadway, JAGGED LITTLE PILL completed a record-breaking, sold-out run at American Repertory Theater (A.R.T.) in Cambridge, MA. That pre-Broadway world premiere production ran for 79 sold-out performances, from May 5–July 15, 2018, marking the longest-running and highest-grossing production in A.R.T.’s history. JAGGED LITTLE PILL concluded its award-winning Broadway run on December 17, 2021, after playing 36 previews and 171 performances. That same month, the production made its international debut in Australia at Theatre Royal Sydney. The Australian tour is currently playing at Comedy Theatre, Melbourne.

Released on June 13, 1995, the tremendous success of Alanis Morissette’s album Jagged Little Pill skyrocketed her to become the bestselling international debut artist in history; a title she still holds, with the record’s sales reaching 33 million copies worldwide. Now, 25 years after its release, Jagged Little Pillcontinues to be one of the Top 20 Best-Selling Albums of All Time. With ten eclectic and acclaimed albums released over the subsequent years, Morissette’s music has garnered 7 Grammy Awards (with 14 nominations), a Golden Globe nomination, and total sales of over 60 million albums.

In 2019, Atlantic Records partnered with the Broadway production for the release of its Original Broadway Cast Recording, adding the show to the label’s elite roster of Grammy Award-winning artists and cast albums. The cast album for JAGGED LITTLE PILL was officially released on December 6, 2019 – the day after the show’s opening night on Broadway – and won the 2021 Grammy Award for Best Musical Theatre Album.

Children under the age of five will not be permitted in the theatre. This production is recommended for aged 14 and up as it contains strong language, adult themes, drug use, and moments of sexual violence that some may find upsetting.

Tickets for JAGGED LITTLE PILL start at $40 (includes facility & parking fee) and will go on sale at 10:00 a.m. Friday, November 18. Tickets can be purchased online at ticketmaster.com, by phone at 800-982-2787, and in person at the Fisher Theatre Box Office. A limited number of premium seats will be available through Ticketmaster and at the Fisher Theatre Box Office.

Tickets for the Open Captioned performance be purchased in person at the Fisher Theatre Box Office or by phone at 313-872-1000, ext. 0.

All ticket purchasers will receive a Broadway in Detroit Health & Safety Guide via email in the days prior to their performance. This guide will also be posted on the company’s website (BroadwayInDetroit.com) and available at the Fisher Theatre box office. It will have the latest information on the company’s health and safety protocols as well as information on what to expect when you arrive at the theatre.