If you\’re like me, you\’re probably missing travel. One thing I love about traveling is trying new foods, you never know what you\’ll discover. This year I decided to start a personal journey and make or order foods from places I want to visit or that surround a movie (remember when I made this amazing ratatouille while Jack and I enjoyed watching Ratatouille on Disney Plus?).

I recently learned that Disney\’s new movie Raya and the Last Dragon (coming to theaters and Disney Plus Premier Access March 5) is inspired by Southeast Asia and Southeast Asian cuisine plays a unique role in the film. You know that got me completely inspired to make some Southeast Asian food, and I spent some time looking up various recipes and one thing I learned is some of the sauces that make Southeast Asian food taste the way it does require a wide variety of ingredients and that can get costly quick.

Disney must have known that us foodies would want to give Southeast Asian cuisine a try, and they partnered with OMSOM to bring a few good recipes and all you need are these OMSOM sauce kits! Check out the recipes below! I cannot wait to make the Lemongrass Barbecue Salmon! Yum!

Don\’t forget to catch Raya and the Last Dragon in theaters and on Disney Plus Premier Access Friday, March 5! 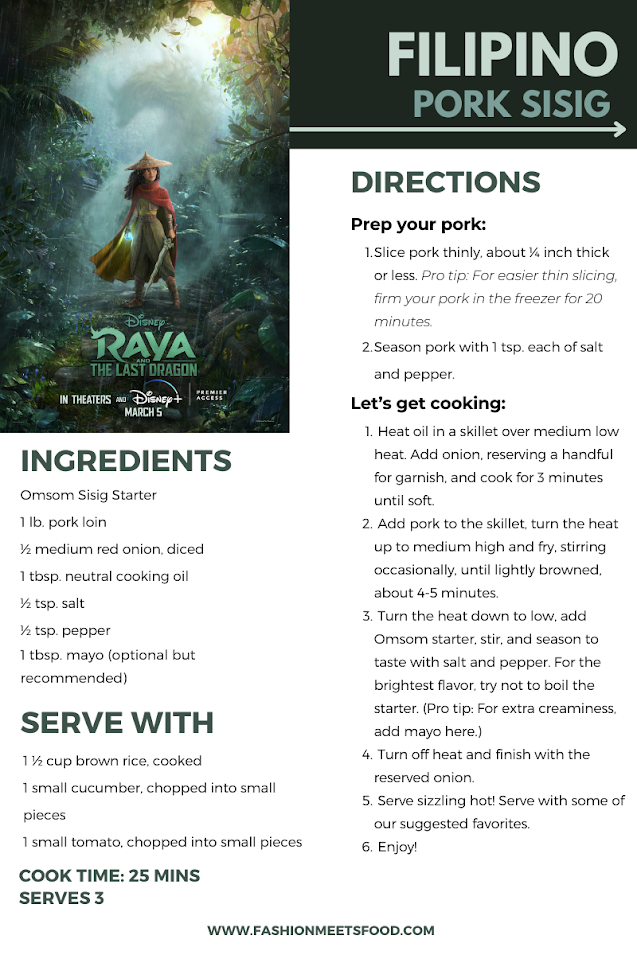 Synopsis of RAYA AND THE LAST DRAGON
Long ago, in the fantasy world of Kumandra, humans and dragons lived together in harmony. But when an evil force threatened the land, the dragons sacrificed themselves to save humanity. Now, 500 years later, that same evil has returned and it’s up to a lone warrior, Raya, to track down the legendary last dragon to restore the fractured land and its divided people. However, along her journey, she’ll learn that it’ll take more than a dragon to save the world—it’s going to take trust and teamwork as well.  From directors Don Hall and Carlos López Estrada, co-directors Paul Briggs and John Ripa, and featuring the voices of Kelly Marie Tran as Raya and Awkwafina as the last dragon Sisu.