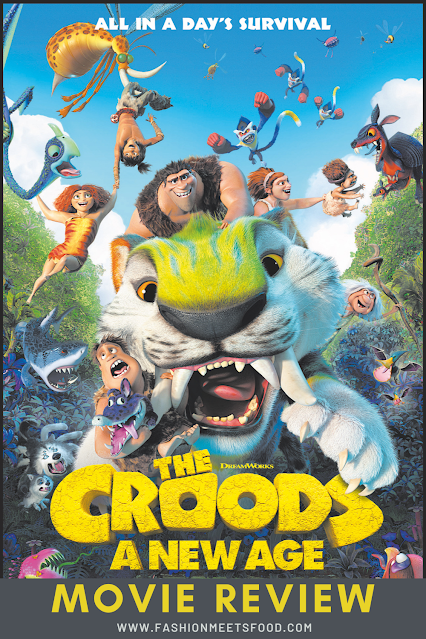 It has been seven years since we all fell in love with the Croods, a prehistoric family that is finding their way out of their cave life and into the real world. If you\’ve been waiting to find out what has been happening in the life of the Croods since they met Guy, you don\’t have to wait any longer. A New Age the sequel to the Croods is ready to come home to your living room, and let me tell you it\’s even better than the first movie. Grab a copy, a bucket of popcorn, and get ready to watch your favorite Neanderthal family head out on their best adventure yet. 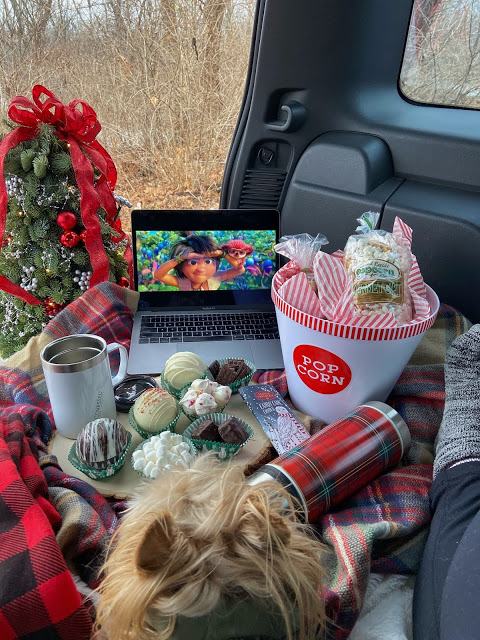 What I thought of The Croods: A New Age
Despite the time that has passed, The Croods: A New Age picks up right after the first movie. The Croods a family of Neanderthals trying to survive the elements while still searching for a new place to call home, continue on their journey. While Eep (voiced by Emma Stone) and Guy (voiced by Ryan Reynolds) teenage romance continues to bloom, and Eep\’s dad Grug (voiced by Nicolas Cage) worries about losing his daughter. And, Guy is working towards his dream of finding \”tomorrow\” a place his parents told him to find as a child.
Instead of finding \”Tomorrow\” the Croods end up discovering the Bettermans emphasis on the better, a new age couple and their daughter living in a \”world\” that may seem too good to be true. The Bettermans \”world\” is filled with amazing inventions, an elaborate treehouse, plenty of food and more. Since the Bettermans knew Guy when he was little, they decide to take the clan in as their first houseguests. But tension quickly rises between the cave family and the modern family.

When you think all hope is lost, a new threat brings both families on an epic adventure that takes them outside the safety of the wall, where they have to embrace their differences and pull strength from each other including welcoming the Thunder Sisters (my favorite part of the movie).

As the story progresses the wild beasts that they fend off become…. interesting. We\’re introduced to characters known as \”punch monkeys\” who communicate by slugging each other. We\’re also introduced to the adorable wolf spiders and now want Jack to be one for Halloween next year!

My favorite part of the whole movie is when the Thunder Sisters come out and venture off to go rescue the guys in the movie. This part is power, has a super kick-butt theme song, and is just a lot of fun! I love when Eep says to Dawn \”See those wolf spiders? Wanna ride them\” – that is totally me right there and I love that they\’re showing the female characters can do anything. The \”banana bros\” part is also pretty comical.

The Croods: A New Age is filled with amazing animation, crazy and adorable creatures (those wolf spiders though!), interesting situations, funny jokes, and my favorite part the Thunder Sisters. The clan faces all kinds of perilous moments, most of them are over-the-top, for instance, a bee sting makes one character act drink – which is hilarious.

If you\’re looking for a fun movie that will leave you laughing and wanting to watch it over and over again. Check out The Croods: A New Age.