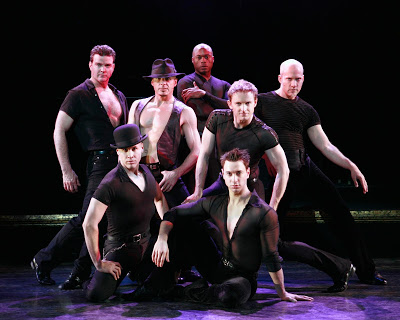 Pop, Six, Squish, Uh-Uh, Cicero, Lipschitz! Detroit had it coming. You\’ll only have yourself to blame, if you\’re not there and aren\’t seeing it. Will you be there when CHICAGO takes the stage at the Fisher Theatre October 16-21? 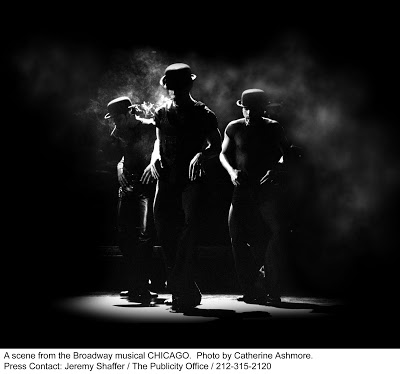 CHICAGO will appear at Detroit’s Fisher Theatre, October 16-21, 2018. Tickets start at $39 and go on sale Sunday, August 5. Purchase tickets online at www.broadwayindetroit.com or www.ticketmaster.com, or by phone at 800-982-2787. Starting Monday, August 6, tickets may be purchased at the Fisher Theatre box office.

With a legendary book by Fred Ebb and Bob Fosse, music by John Kander and lyrics by Fred Ebb, CHICAGO is now the #1 longest-running American musical in Broadway history — and it still shows no sign of ever slowing down!
Produced by Barry and Fran Weissler, CHICAGO is the winner of six 1997 Tony Awards including Best Musical Revival and the Grammy Award for Best Musical Cast Recording.
Set amidst the razzle-dazzle decadence of the 1920s, CHICAGO is the story of Roxie Hart, a housewife and nightclub dancer who maliciously murders her on-the-side lover after he threatens to walk out on her. Desperate to avoid conviction, she dupes the public, the media and her rival cellmate, Velma Kelly, by hiring Chicago’s slickest criminal lawyer to transform her malicious crime into a barrage of sensational headlines, the likes of which might just as easily be ripped from today’s tabloids.
The national tour is directed by David Hyslop and choreographed by David Bushman.  Walter Bobbie is the director of the original New York Productionand Ann Reinking was the original choreographer in the style of Bob Fosse. CHICAGO features set design by John Lee Beatty, costume design by William Ivey Long, lighting design by Ken Billington and sound design by Scott Lehrer. The production also features orchestrations byRalph Burns, supervising music direction by Rob Fisher.
CHICAGO is a production not to be missed. And all the reviewers agree. Time Magazine calls it “A Triumph,” Newsweek raves “Smashing” and Entertainment Weekly sums it up by calling CHICAGO “Broadway’s Most Electrifying Show.”
Visit www.ChicagoTheMusical.comfor more information.
Performance times for CHICAGOappearing October 16-21, 2018 at the Fisher Theatre, located at 3011 West Grand Blvd., in Detroit are:
•           Tuesday through Saturday evening performances at 8:00 p.m.
•           Sunday evening performance at 7:30 p.m.
•           Saturday & Sunday matinees at 2:00 p.m.
•           Special open captioned performance on Friday, October 19 at 8:00 p.m.
Tickets for CHICAGOstart at $39 (includes facility and parking fees) and go on sale Sunday, August 5. Tickets can be purchased online at www.broadwayindetroit.com or www.ticketmaster.com, and by phone at 800-982-2787  Starting Monday, August 6 tickets can also  be purchased at the Fisher Theatre box office. A limited number of premium seats will be available through Ticketmaster and at the Fisher Theatre box office. For group sales (10 or more) please call 313-871-1132 or email groups@broadwayindetroit.com. Tickets for the open captioned performance may be purchased in person at The Fisher Theatre box office or by phone at 313-872-1000, ext. 0. Performance schedule, prices and cast are subject to change without notice.
Broadway In Detroit uses Ticketmaster as its sole, authorized ticketing agent. Individual tickets purchased from a ticket broker or “third party” ticket reseller involves risk and may not be authentic, sold at box office prices, or with correct performance and venue information. Broadway In Detroit box offices cannot reprint or replace lost or stolen tickets sold through a third party or ticket reseller. Broadway In Detroit is also unable to contact third party purchasers with pertinent updates or changes regarding performances.