Movie Review: The Way I See It 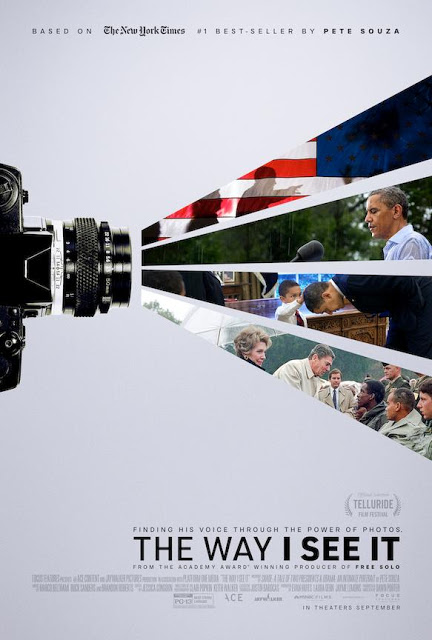 Focus Features and MSNBC Films will release The Way I See It on Friday, September 18, 2020, in theaters domestically and then premiering on MSNBC on Friday, October 9, 2020, at 10:00pm EDT.

Every four years, a couple months before the presidential election a variety of strategically timed movies try their best to swing votes a certain way and influence the outcome of the election. Many of these movies don\’t last past election day and I\’ll be honest with you I am not a political movie person. In fact, I hate it and typically avoid political movies at all cost.

The Way I See It seems to be a little different. You see Pete Souza served as the official White House photographer for two presidents of opposite parties: Ronald Reagan and Barack Obama. The story is told through video footage and iconic still from Souza\’s archive. Of course this means you\’ll get plenty of voice overs throughout the movie. For the most part, the political message is held off until the end.

About The Way I See It
Dawn Porter’s documentary and official 2020 selection of the Telluride Film Festival and Toronto International Film Festival, The Way I See It gives an unprecedented look behind the scenes of two of the most iconic Presidents in American History, Barack Obama and Ronald Reagan, as seen through the eyes of renowned photographer Pete Souza. As Official White House Photographer, Souza was an eyewitness to the unique and tremendous responsibilities of being the most powerful person on Earth. The movie reveals how Souza transforms from a respected photojournalist to a searing commentator on the issues we face as a country and a people.
Based on Souza’s New York Times #1 bestsellers, “Obama: An Intimate Portrait” and “Shade: A Tale of Two Presidents”, the documentary comes on the heels of Porter’s recent moving documentary, John Lewis: Good Trouble, chronicling the now-late Congressman and civil rights hero John Lewis. The Way I See It is produced by Porter alongside Academy Award®, BAFTA® and Emmy Award® winning producer Evan Hayes (Free Solo), Academy Award® and Emmy Award®-winner Laura Dern and her Jaywalker Pictures partner Jayme Lemons, in association with Platform One Media. The documentary is a co-presentation from Focus Features and MSNBC Films, a division of NBC News Studios.