Coming to Detroit: Encanto: The Sing-Along 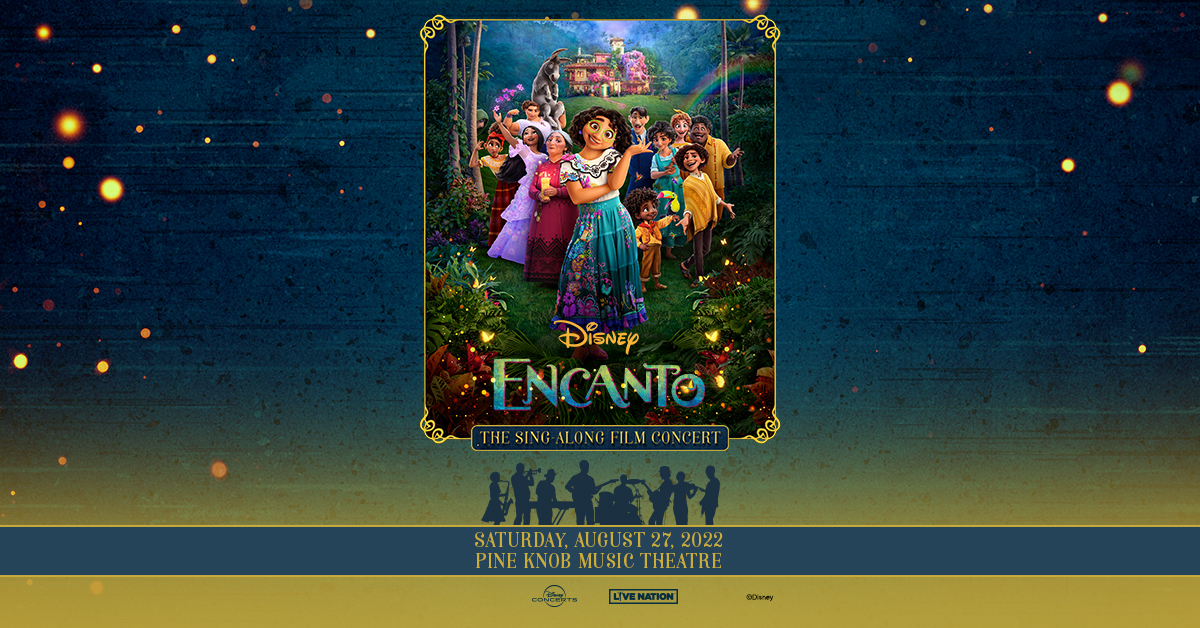 Detroit! I have something fun to share with you! Encanto: The Sing-Along Film Concert Tour is coming to Pine Knob Music Theatre and it’s going to be an event you don’t want to miss! And guess what? I’m sweetening the deal by offering 15% off face value tickets from all price levels when you order from ticket master!

Hey Detroit! Have you heard the news? The Tony Award-Winning Best Musical Dear Evan Hansen is coming to the Fisher Theatre this fall!

Broadway In Detroit announced today that individual tickets for the Detroit premiere of DEAR EVAN HANSEN will go on sale on July 8 at 10:00 a.m. Tickets will be available online at Ticketmaster.com, BroadwayInDetroit.com, charge by phone (800) 982-2787, and in person at the Fisher Theatre Box Office.

Dear Evan Hansen has struck a remarkable chord with audiences and critics everywhere, including The Washington Post who says Dear Evan Hansen is “one of the most remarkable shows in musical theatre history.” The New York Times calls it “a breathtaking knockout of a musical.” And NBC Nightly News declares the musical “an inspiring anthem resonating on Broadway and beyond.”

Declared “One of the most remarkable shows in musical theater history” by the Washington Post’s Peter Marks, Dear Evan Hansen opened at the Music Box Theatre to rave reviews where it’s broken all box office records and struck a chord with critics and audiences alike. It went on to win six Tony Awards, including Best Musical, the Drama League Award for Outstanding Musical Production, two Obie Awards, a Drama Desk Award, two Outer Critics Circle Awards and two Helen Hayes Awards. The show launched its First North American Tour at the Buell Theatre in Denver, Colorado and has since performed in more than 40 cities across North America playing for more than 1.5 million audience members. The show’s now-iconic blue polo and arm cast are part of the permanent collection of the National Museum of American History in Washington, DC.

The Grammy Award-winning Original Broadway Cast Recording of Dear Evan Hansen, produced by Atlantic Records, made an extraordinary debut on the Billboard 200, entering the chart at #8 – the highest charting debut position for an original cast album since 1961 – and went on to win the Grammy Award for Best Musical Theater Album.

Recommended for ages 12+; This production contains some adult themes, including discussions of suicide. Children under the age of five will not be permitted in the theatre.

For more information on Dear Evan Hansen, visit the show’s website and social media pages at:

Performance times
for the Dear Evan Hansen appearing
September 27 – October 9, 2022
at the Fisher Theatre
located at 3011 W. Grand Blvd., in Detroit are:

Tickets for Dear Evan Hansen start at $50 (includes facility fee) and will go on sale at 10:00 a.m. Friday, July 8. Tickets can be purchased online at ticketmaster.com, by phone at 800-982-2787, and in person at the Fisher Theatre Box Office. A limited number of premium seats will be available through Ticketmaster and at the Fisher Theatre Box Office. Are you ready to have the time of your life? I know I am! Dirty Dancing in Concert World Tour is coming to Detroit, November 4th, 2022 and I can’t even contain my excitement. Dirty Dancing is my all time favorite movie, and to add a concert aspect to it, I seriously can’t wait!

Relive the timeless love story of Baby and Johnny as global content leader Lionsgate (NYSE: LGF.A, LGF.B), GEA Live, Karl Sydow and Broadway In Detroit announce Dirty Dancing in Concert, celebrating the film’s 35th anniversary on a full-size cinema screen with a band and singers live on stage. With a soundtrack that defined a generation, Dirty Dancing in Concert promises to bring a new thrilling experience to the 80s classic!

Audiences attending Dirty Dancing in Concert will experience the hit film in a unique and unforgettable way. A complete screening of the digitally remastered film will play as a band and singers perform the songs live, in sync with the film. Stay for the encore party and continue to sing and dance along with the band to your favorite Dirty Dancing songs.

Dirty Dancing in Concert will tour in 35 cities in North America in 2022. Opening in celebration of the 35th anniversary of the film, fans will have a new way to immerse themselves in the world of Dirty Dancing while celebrating the classic they know and love. For a list of cities and ticketing information, please visit www.dirtydancinginconcert.com or broadwayindetroit.com

Dirty Dancing, written by Eleanor Bergstein, directed by Emile Ardolino, and starring Patrick Swayze and Jennifer Grey in their most iconic movie roles,was a worldwide box-office sensation when it was released in 1987. Its soundtrack generated two multi-platinum albums and multiple singles, including the Academy Award®-winning best original song “(I’ve Had) The Time of My Life”. Grossing more than $213 million worldwide, Dirty Dancing captured the hearts of audiences everywhere.

Set in the summer of 1963, Baby Houseman (Jennifer Grey) and her family vacation to the beautiful Catskills resort, Kellerman’s. Intrigued by the staff’s dance instructor, Johnny Castle (Patrick Swayze), and the vastly different lifestyle of others, Baby finds herself learning to dance while having the time of her life and falling in love. It is a summer she’ll never forget.

Dirty Dancing in Concert’s tour joins a series of live-to-film concerts touring internationally based on Lionsgate properties, including the highly successful La La Land in Concert, with more than 125 performances in 25 countries to date.

Dirty Dancing in Concert comes to the Fisher Theatre on November 4th, 2022 at 8:00 p.m. Tickets (Starting at $55) go on sale at 10:00 a.m. on Friday June 24th online at BroadwayInDetroit.com and in person at the Fisher Theatre Box Office 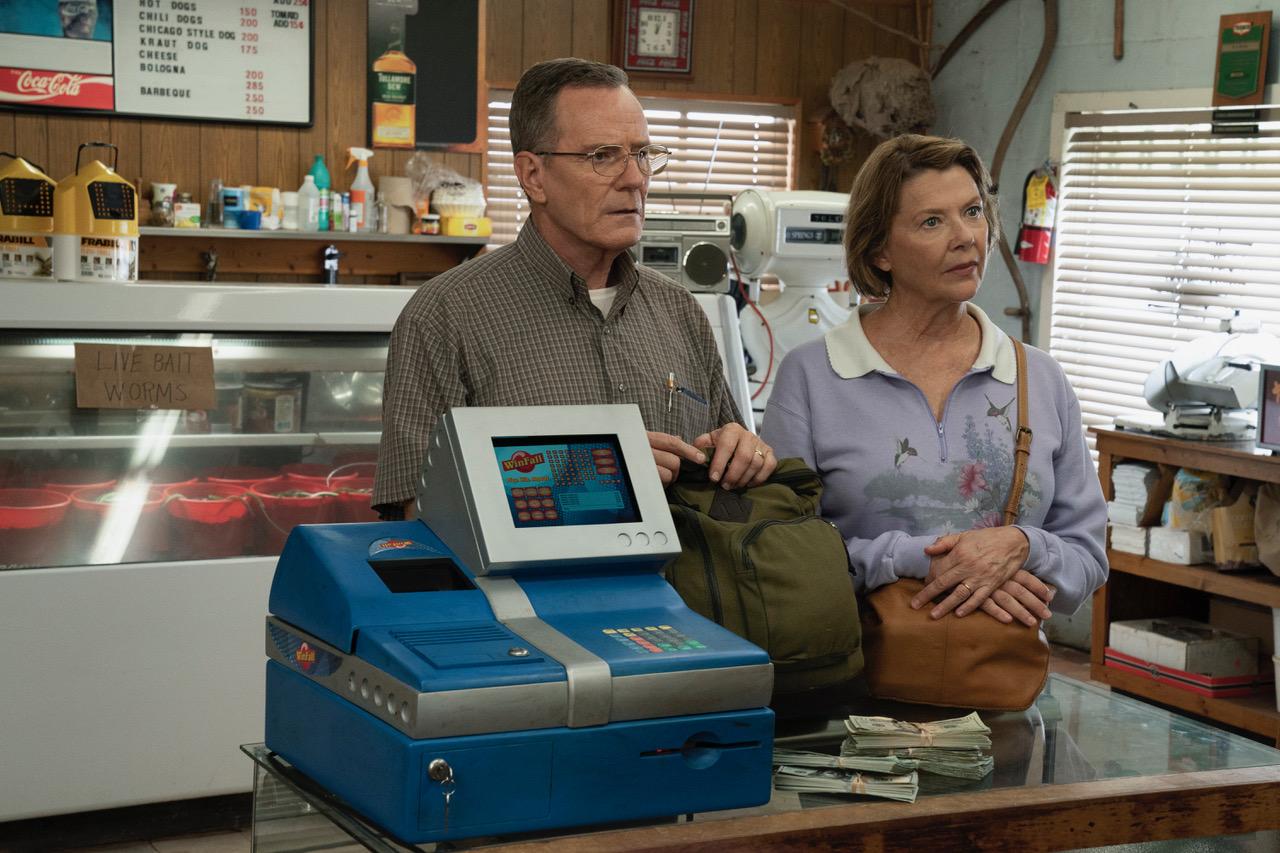 Jerry & Marge Go Large tells the story of an Evart, Michigan couple who found a flaw in the Winfall lottery and ended up legally winning millions and millions of dollars due to Jerry’s smarts. But this isn’t your typical get rich fast story. Jerry and Marge put a lot of thought, and effort into getting the winnings, and even included their friends and neighbors of Evart in on the winnings when they added money to the pot.

The story is sweet, fun and intriguing. It’s a story you won’t believe is real but it is. If you’re looking for a fun movie to watch this weekend I highly recommend checking out Jerry & Marge Go Large! I watched it three times already and my mom has watched it twice just for reference how good it is!

JERRY & MARGE GO LARGE is inspired by the remarkable true story of retiree Jerry Selbee (Cranston), who discovers a mathematical loophole in the Massachusetts lottery and, with the help of his wife, Marge (Bening), wins millions and uses the money to revive their small Michigan town.

PG-13, for some language and suggestive references

This is a sponsored post on behalf of Review Wire Media for Paramount+. 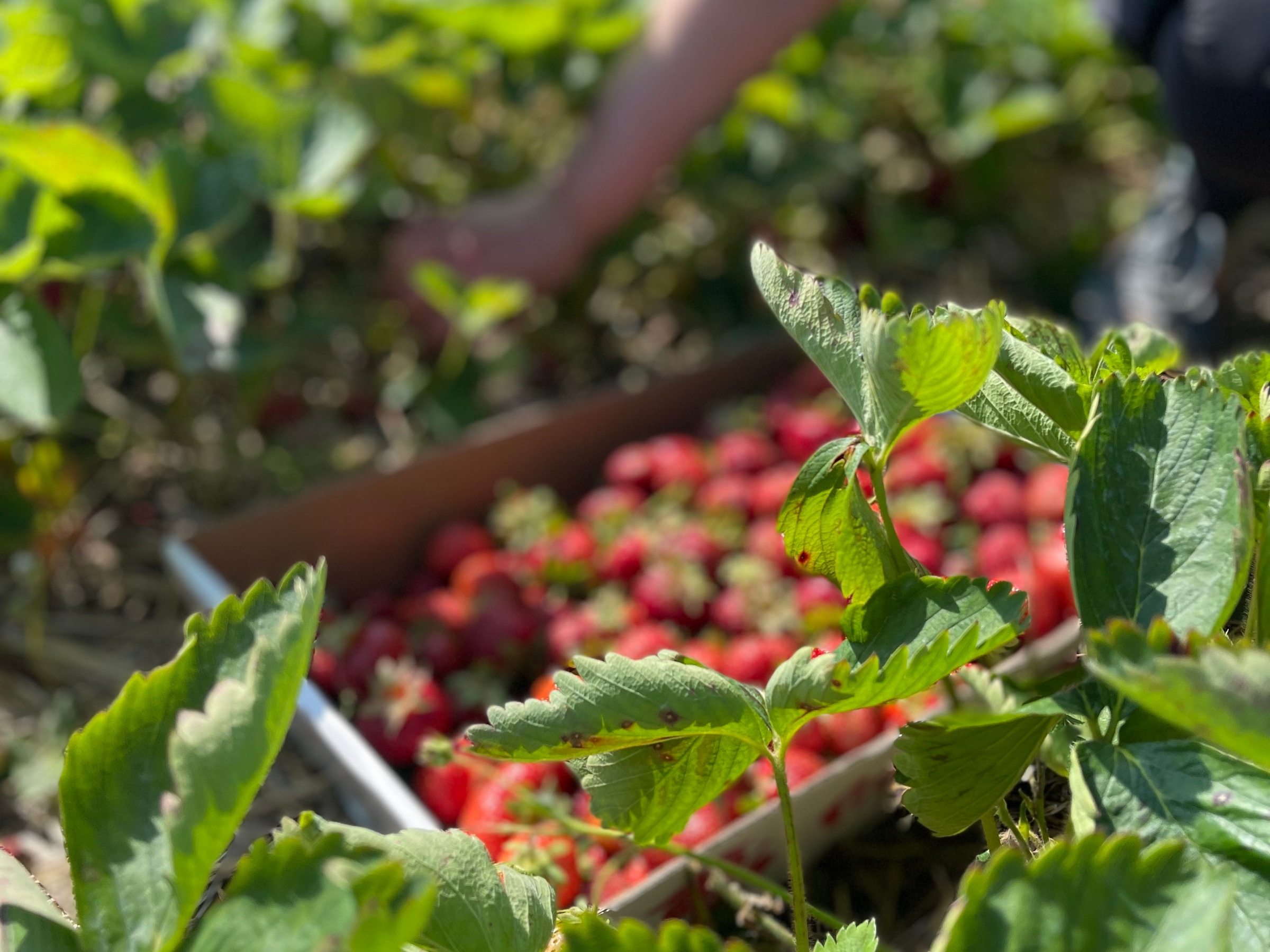 Something exciting happened this week in Michigan—strawberry season arrived! There’s nothing like fresh strawberries from the field. Strawberry season usually begins in mid-June and lasts around three weeks depending on the weather and supply/demand. My favorite Michigan berries come right at the beginning of the season, and U-pick at Blake Farms began their season this week—so you know I had to go there immediately.

1. Plan ahead.
Make sure you know what the u-pick hours are.
With inflation at an all-time high find out what the prices of picking will be.
Make sure the fields are plentiful so you don’t waste a trip.
Find out if they supply containers or if you need to bring your own.

2. Wear sunscreen and bring water
Strawberry fields are in a wide-open space, you’ll be getting full sun and it’s best to keep yourself protected. I also wear sunglasses and a hat and stay hydrated.

3. Don’t wear nice clothes
Strawberry plants are not elevated, you’ll be crawling or bending over to pick. This means the chances of getting strawberry juice all over you are pretty high, and no one wants to ruin their clothing.

4. Pick red berries
Strawberries only ripen on the plant, therefore you only want to pick the completely red berries.
Pro Tip: Don’t forget to look underneath the strawberry leaves, this is where you’ll find the most berries.

5. Be gentle
Leaving the caps on will help the strawberries last longer. You also don’t want to squish or bruise the berries.

What to do when you get home with your berries

1. Wait to wash them
You only want to wash your berries when you are ready to eat them. Once you wash the berries they are prone to spoiling quicker.

3. Freeze extras
Wash and hull them (take the green part off). Let them dry and put them in plastic bags in the freezer. I love to add frozen strawberries to smoothie bowls, make chia seed pudding, and more.

If you live in the metro Detroit area I highly recommend heading over to Blake Farms for your u-pick experience!