WICKED is returning to Detroit 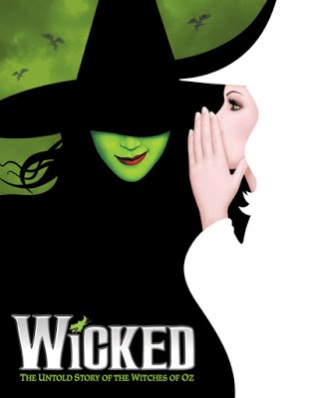 WICKED is returning to the Detroit Opera House August 8th through September 2nd and it\’s the show you don\’t want to miss out on. WICKED is the perfect way to have a fun date night with your significant other, and I am so excited to see the show with my boyfriend!! By far WICKED is my favorite musical as well as Detroit\’s most popular musical, if you\’ve never seen it before I highly recommend grabbing tickets to see this amazing show. If you\’ve already seen it you know you want to watch it again (I know I do). Tickets are on sale now and start at just $43. All seats are great in the Detroit Opera House so no matter what you\’re sure to have an amazing view, of one of the best shows to every hit a Broadway stage.

Tickets for the return engagement start at $43 and are now available for purchase online at www.broadwayindetroit.com or www.ticketmaster.com, by phone at 800-982-2787 and at the Fisher Theatre and Detroit Opera  House box offices.

Based on the novel by Gregory Maguire, WICKED has music and lyrics by Stephen Schwartz, and a book by Winnie Holzman. The production is directed by Joe Mantello with musical staging by Wayne Cilento. WICKED is produced by Marc Platt, Universal Pictures, The Araca Group, Jon B. Platt and David Stone.
Since opening in 2003, WICKEDhas been performed in over 100 cities in 15 countries around the world (U.S., Canada, United Kingdom, Ireland, Japan, Germany, Holland, Australia, New Zealand, Singapore, South Korea, The Philippines, China, Mexico, and Brazil) and has thus far been translated into six languages: Japanese, German, Dutch, Spanish, Korean, and Portuguese.  The musical has amassed nearly $4.5 billion in global sales and has been seen by nearly 55 million people worldwide.
Declared “The Best Musical of the Decade” by Entertainment Weekly and “A Cultural Phenomenon” by Variety, WICKED is the recipient of over 100 international awards including the Grammy Award and three Tony Awards.
The surprising tale of an unlikely friendship between two women in the Land of Oz, WICKED tells the untold story of the Wicked Witch of the West and Glinda the Good, long before Dorothy drops in. Elphaba, born with emerald-green skin, is smart, fiery and misunderstood. Glinda is beautiful, ambitious and very popular. The remarkable odyssey of how these unexpected friends changed each other’s lives for good has made WICKED one of the world’s most popular musicals.
For more information about WICKED, please visit www.WickedTheMusical.com.
Follow WICKED on Twitter: @WICKED_Musical, Facebook and on Instagram @wicked_musical.
Performance times for WICKED appearing August 8 – September 2, 2018 at the Detroit Opera House, located at 1526 Broadway, in Detroit are:
•             Tuesday through Saturday evening performances at 8:00 p.m.
•             Sunday evening performances at 7:30 p.m.
•             Saturday & Sunday matinees at 2:00 p.m.
•             Thursday, August 9 matinee at 1:00 p.m.
•             Special open captioned performance on August 12 at 7:30 p.m.
Tickets for WICKED start at $43 (includes facility fee) and are available for purchase online at www.broadwayindetroit.com or www.ticketmaster.com, by phone at 800-982-2787, and at the Fisher Theatre and Detroit Opera House box office. For group sales (15 or more) please email groups@broadwayindetroit.com or call 313-871-1132. Tickets for the open captioned performance may be purchased in person at the Fisher Theatre Box Office or by phone at 313-872-1000, ext. 0.  Performance schedule, prices and cast are subject to change without notice.
Broadway In Detroit uses Ticketmaster as its sole, authorized ticketing agent. Individual tickets purchased from a ticket broker or “third party” ticket reseller involves risk and may not be authentic, sold at box office prices, or with correct performance and venue information. Broadway In Detroit box offices cannot reprint or replace lost or stolen tickets sold through a third party or ticket reseller. Broadway In Detroit is also unable to contact third party purchasers with pertinent updates or changes regarding performances.
The Broadway In Detroit Series at The Fisher Theatre is sponsored by the Chrysler Pacifica.  As part of this sponsorship, the Chrysler Pacifica will be on display this season at The Fisher Theatre.
For more information, please visit http://www.BroadwayInDetroit.com.

← Five Things
The Single Core Tip that Changed my Workouts →